Once again, famed architect Frank Gehry has  produced a masterpiece of modern architecture.  Located in Paris in the giant Bois de Boulogne Park near La Defense, the Louis Voittron Museum is accessible from the Arc de Triomphe area by means of a quick shuttle bus operated by the Louis Voitton Fondation (1 Euro charge each way).

The museum structure is organized by a series of pavilions (enclosed exhibit spaces) that are interconnected by pathways on three levels, all of which is enveloped inside of a series of loosely overlapping metal and glass “wings” or “sails”.  Some of the most dramatic architecture is viewable on the multi-level roof terraces where you can observe the outer glass “wings” as they rise up and loosely encapsulate the exhibit pavilions,  The interactions between the transparent metal and glass wings and the undulating boxy forms of the pavilions provides a fascinating play on form and function.

Normally, the glass panels of the “wings” are clear or “fritted” with a white glazed dot- pattern which helps diffuse and reflect direct sunlight, however, I was fortunate to visit during an art installation by Daniel Buren in which he installed hundreds of colored glass panels on the glass wings, giving the building a refreshing explosion of color.  Perhaps they should consider making this a permanent installation.

The interplay of the supporting structural elements which connect the wings to the superstructure forms an incredible maze of steel and wood glue-laminated beams and trusses.  Some of the structural beams and steel bolted connections are just crazy looking, and they add an atmosphere of brute force combined with precision designed intelligence.

Most of the visitors I observed during my visit  to the museum spent most of their time exploring and photographing the building, not so much the artwork inside.  Could it be that sometimes the architecture, when done well enough, can totally outshine the purpose for which it was built?  Although I am sure most artists would be overly proud to have their work exhibited here,  I would imagine they may have to deal with a little nervousness over the competing art form of the building. 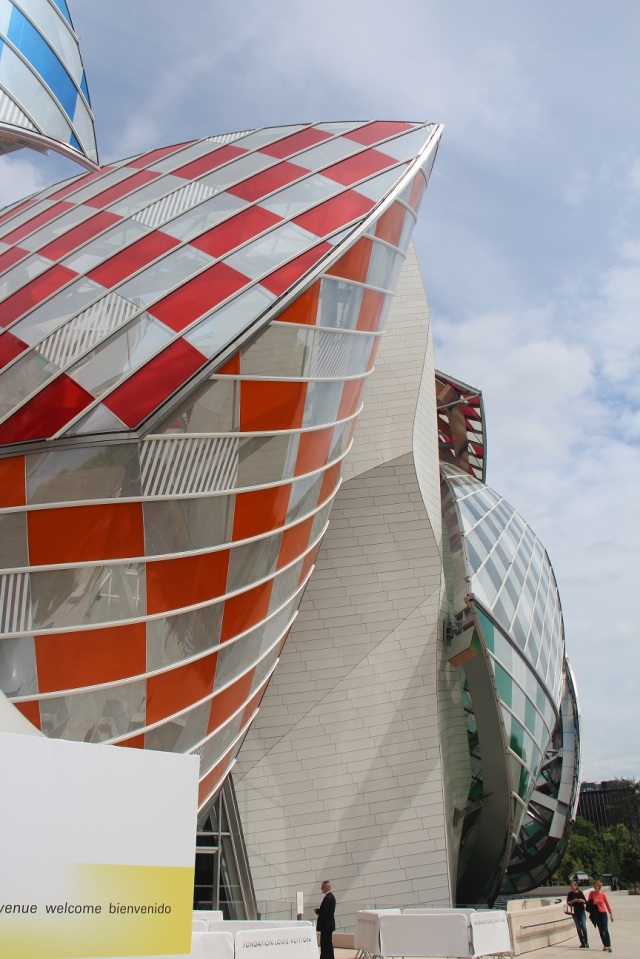 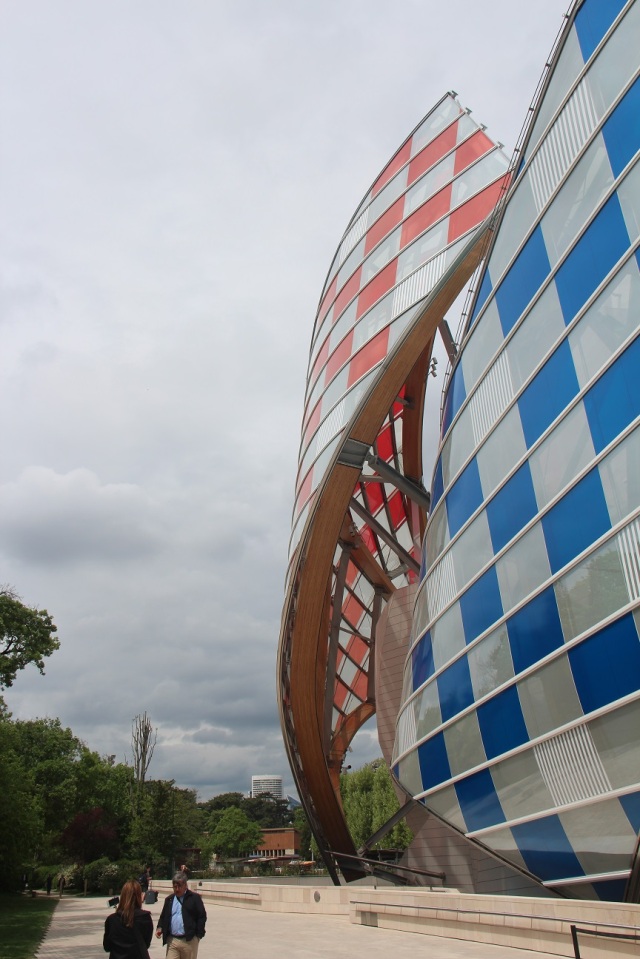 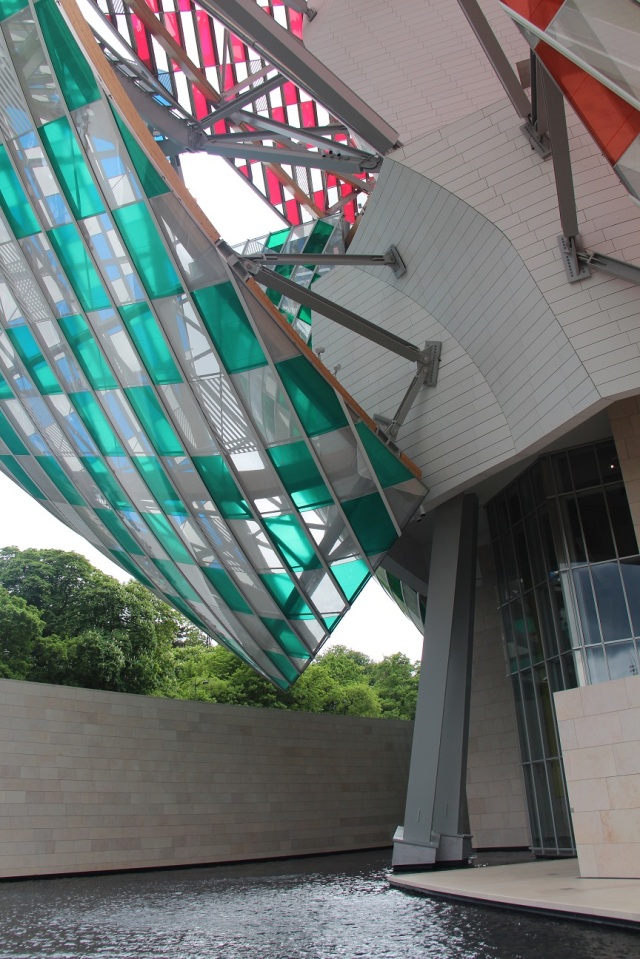 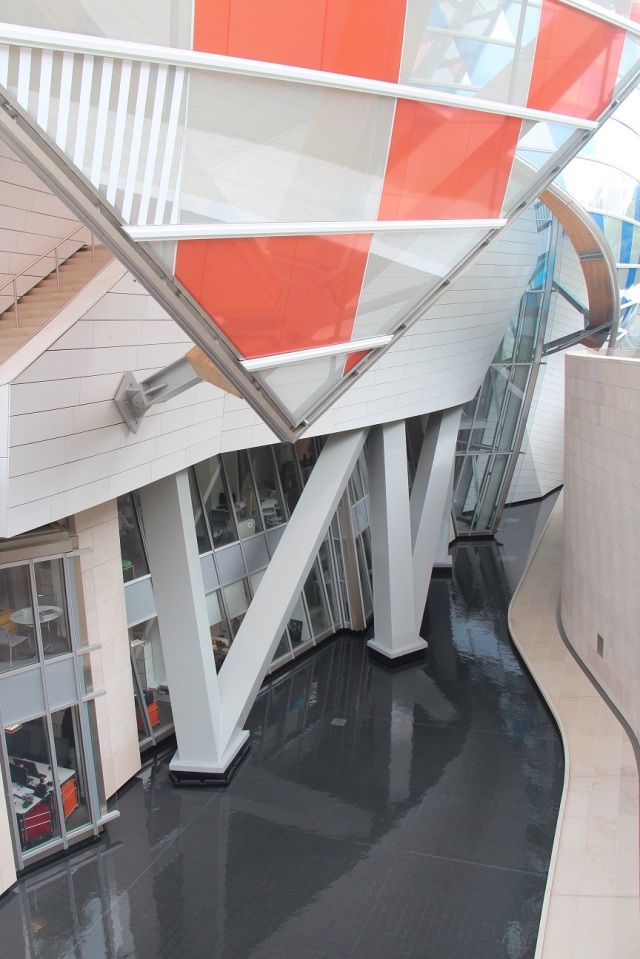 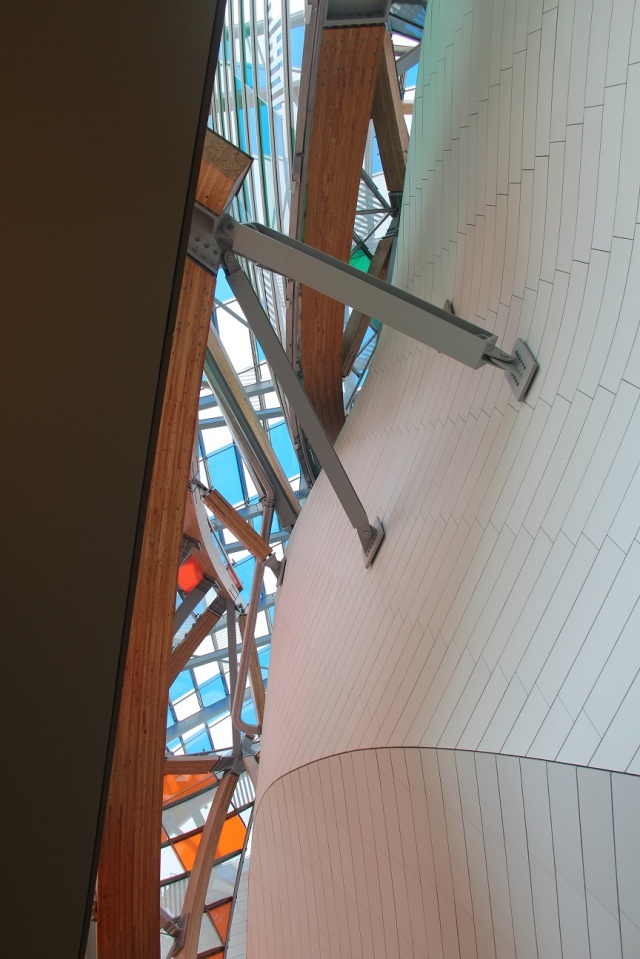 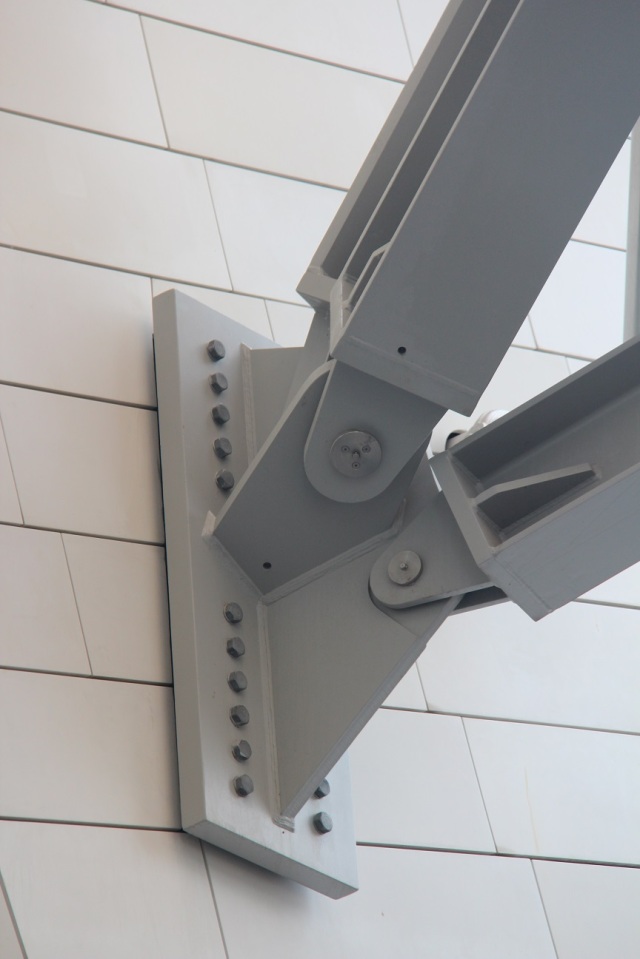 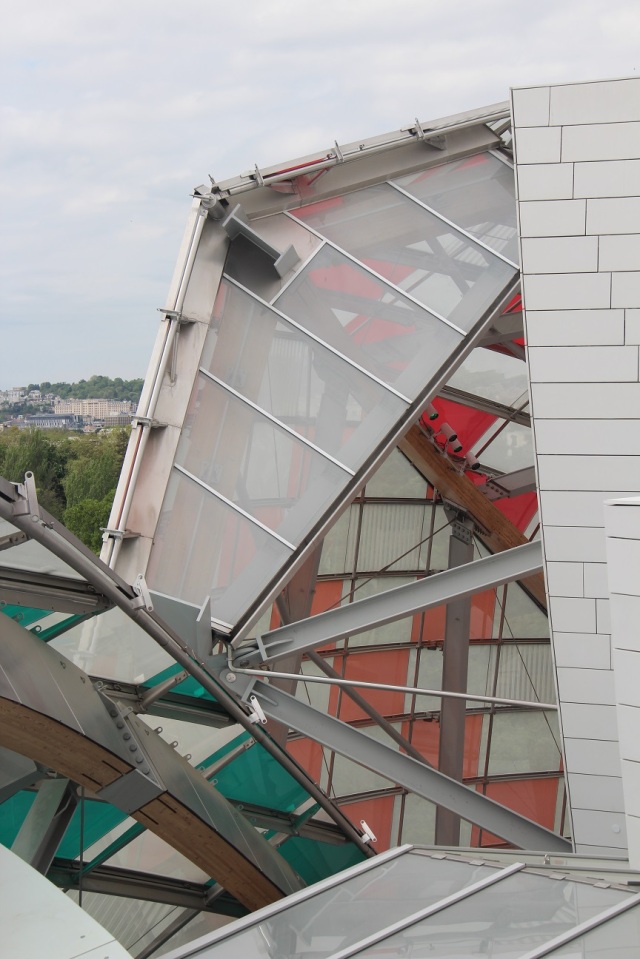 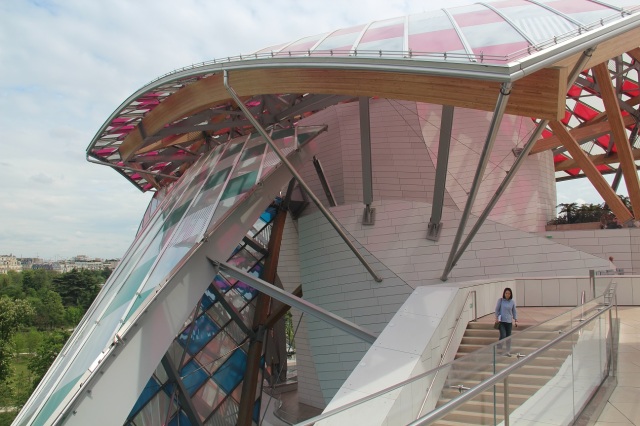 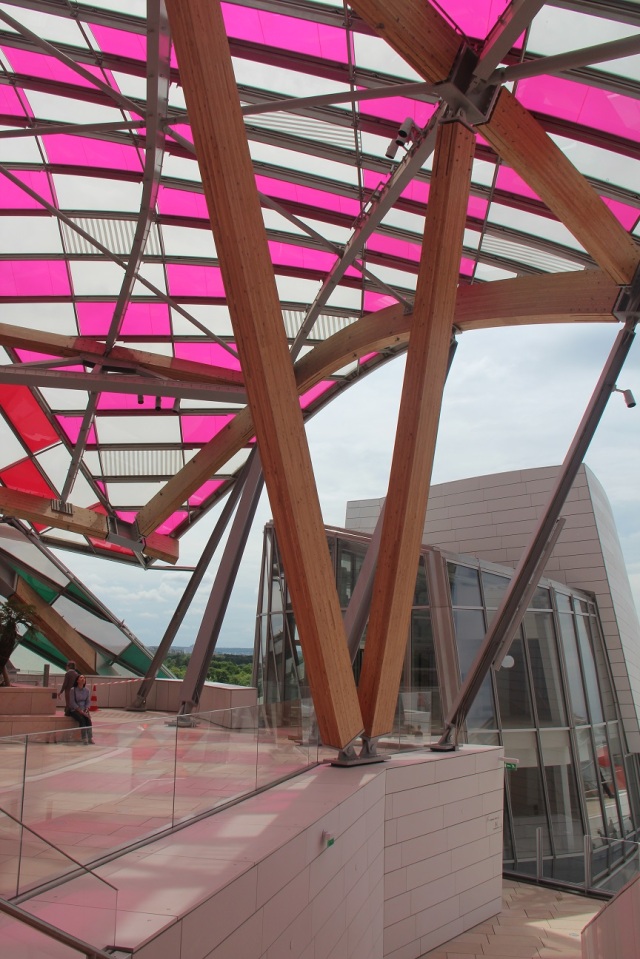 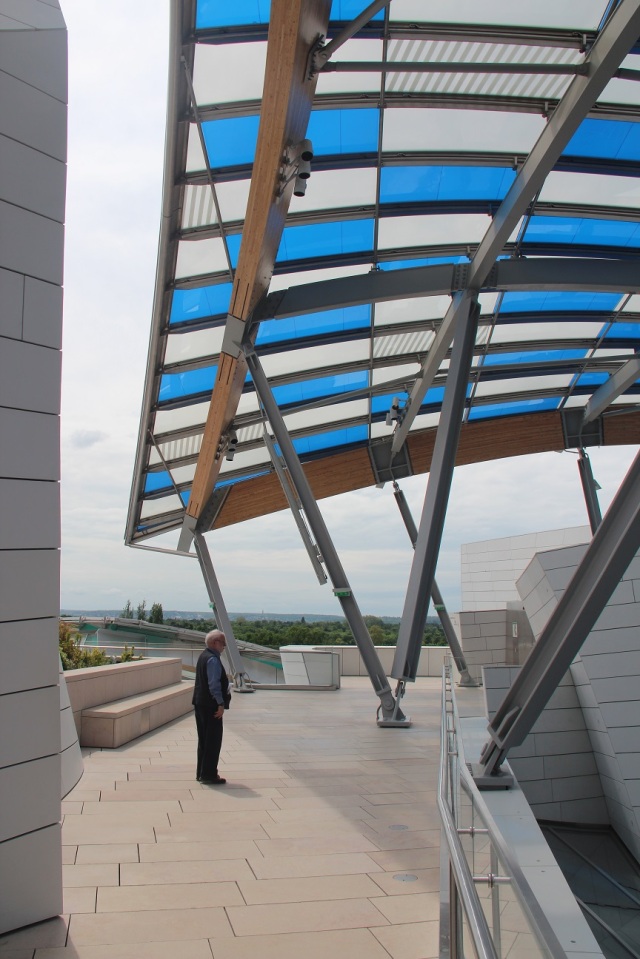 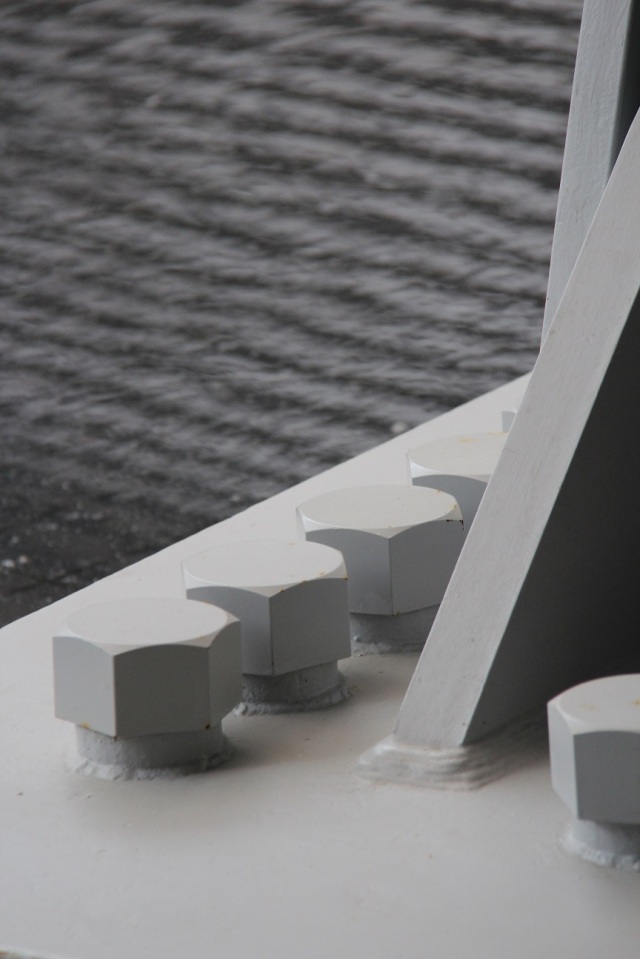 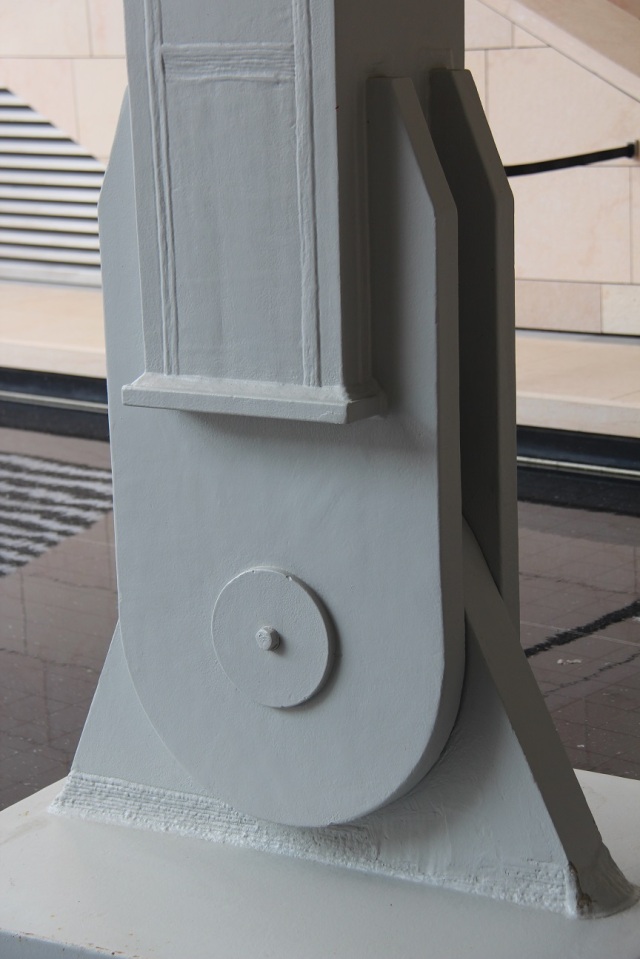 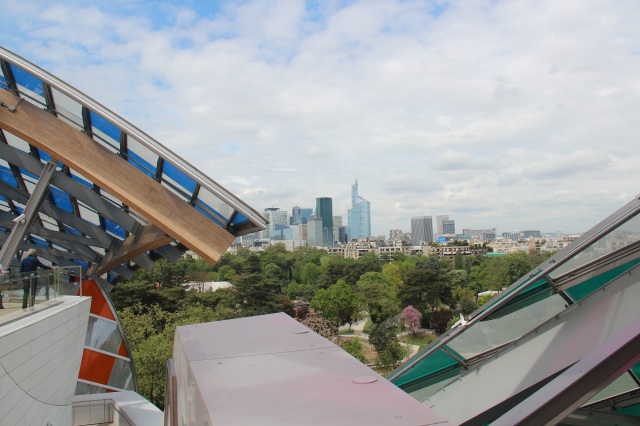 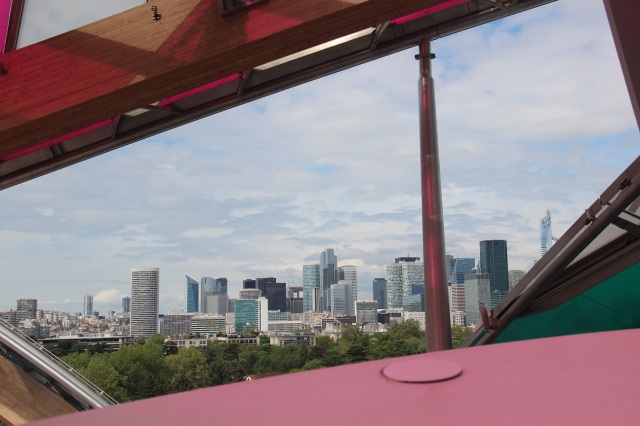 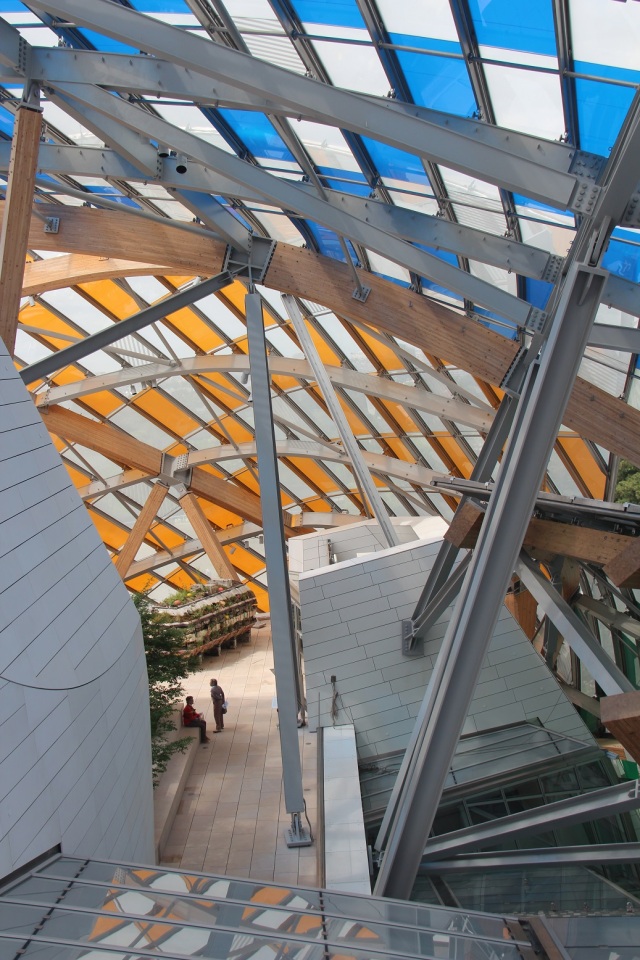 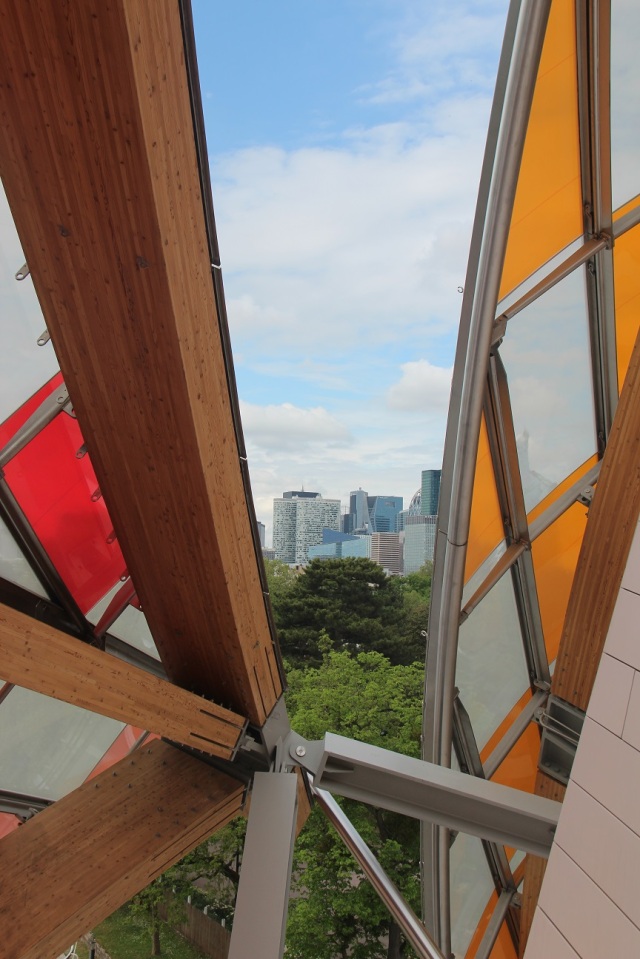 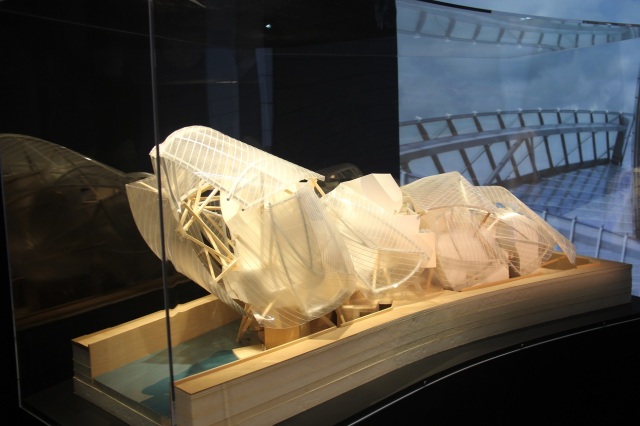 Study Model of the Museum from the Design Phase